A Scottish Adventure – Exploring the Highlands With The Mazda CX5 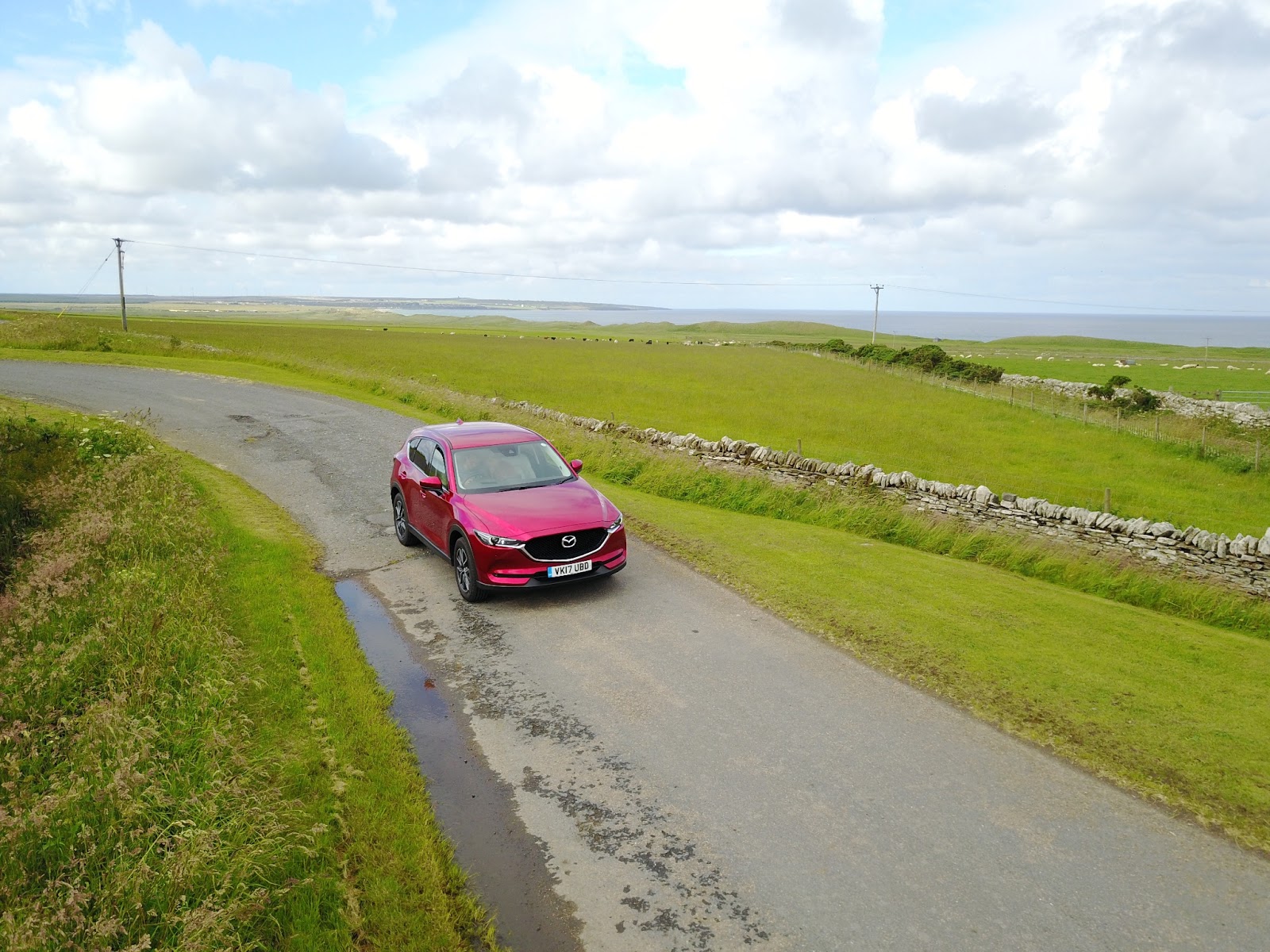 A few weeks back Josie and I set off on a true Scottish adventure, leaving London for a trip around the beautiful Scottish Highlands.  With it’s breathtaking views and rugged landscapes, the Highlands has forever been on my list of places to visit and with just a short 1hr flight into Inverness it’s extremely easy!


Given the industry that we both work in, it can be extremely difficult to switch off from things and this trip presented the ideal opportunity to ‘digitally detox’, putting our phones (most importantly social media!) to one side and just enjoying the views and each others company.

There’s only one way to explore the north of Scotland and that’s via car – ideally an SUV.  The roads snake around the coastline and provide the perfect viewing platform, with the added bonus of being very quiet and tranquil.

In partnership with the newly launched Mazda CX5, Josie and I planned out the route, following the now famous ‘North Coast 500’ – a 500 mile drive around some of the most stunning areas in the United Kingdom and possibly even the World. 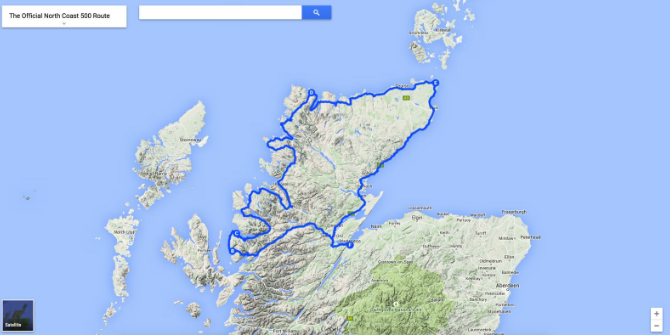 Having landed in Inverness we picked up the Mazda CX5 in a vibrant red colour and set off on the first leg of our journey.

Within an hour of leaving the airport you are met with some impressive landscapes, some of which even Daenerys Targaryen would be impressed by – in fact the whole of the Highlands region is like something of out of Game Of Thrones or Lord Of The Rings!

From a driving perspective the Mazda got a big thumbs up from both Josie and I.  With incredibly comfortably seats making the initial 5 hour driving stint bearable to the impressive ‘dynamic stability software’ ensuring the forever winding country roads were no issue, it really was a joy to drive.

I was also hugely impressed with the navigation system in the CX5.  It’s one of the few ‘integrated’ systems that actually gets you to where you want to be going! It’s sleek design and easy operating system make trips with very few road signs (!) that much easier. 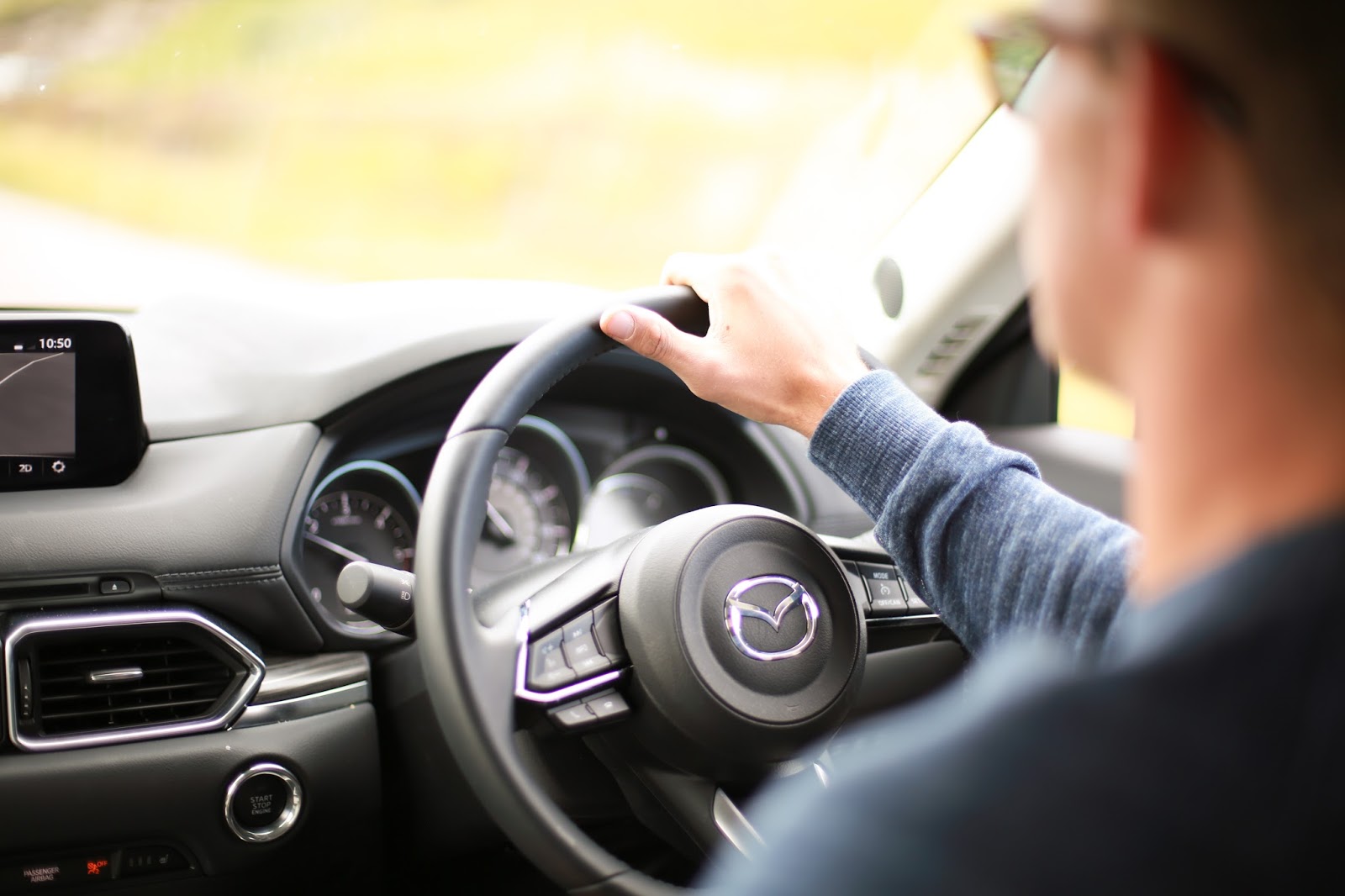 Another added bit of tech is the mirroring of the sat nav above the steering wheel and within the windscreen itself – a really nifty addition and it makes following the route that much simpler, no excuses for missing a turn (as I found out on a number of occasions..!) 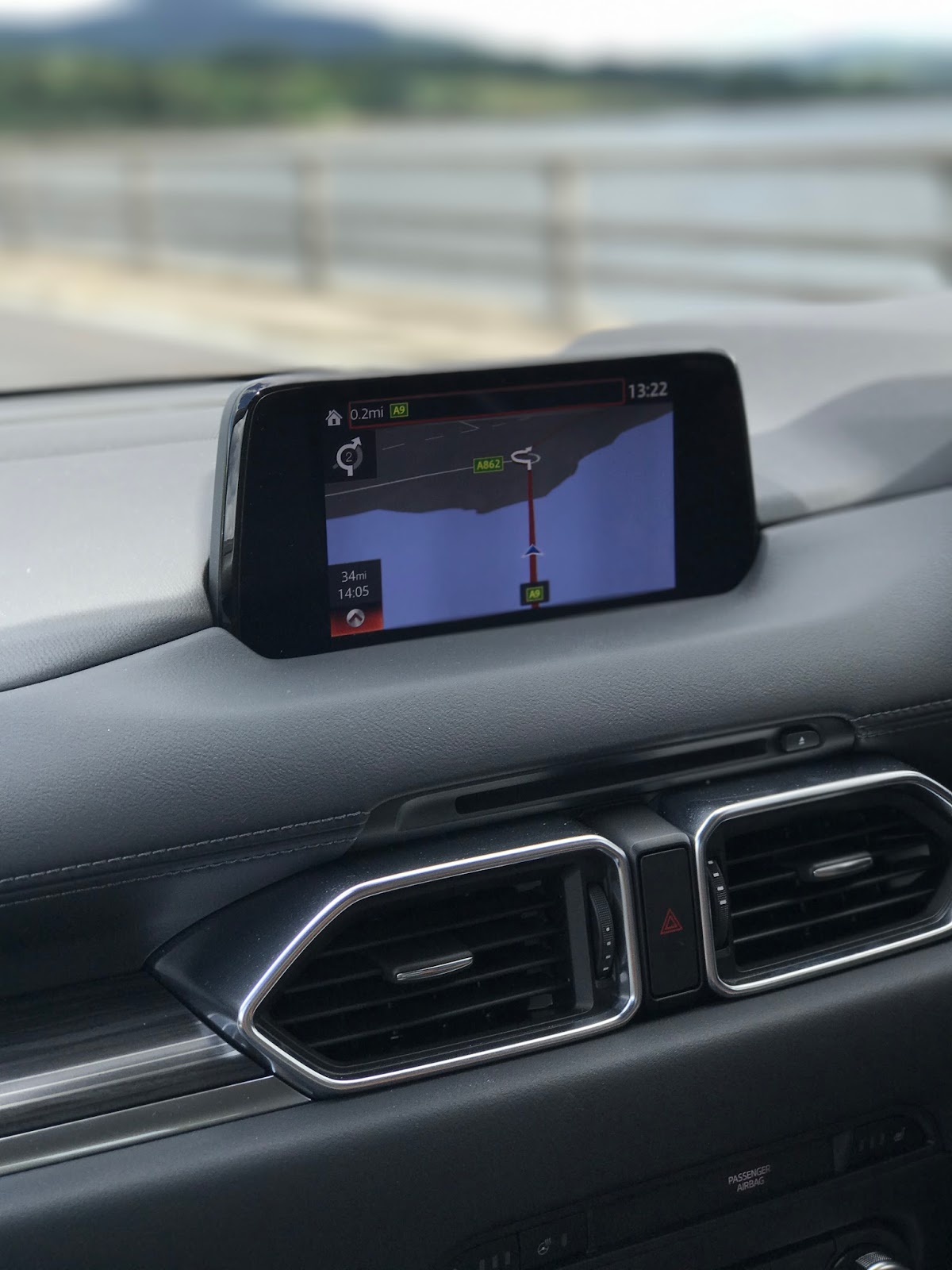 Upon hitting the coastline it was time to locate the World famous ‘John O’Groats’, one of the most northerly points in the United Kingdom.  It’s well worth a visit if not just to take an Insta shot of the sign and to take a few moments walking at what is the very tip of the UK! 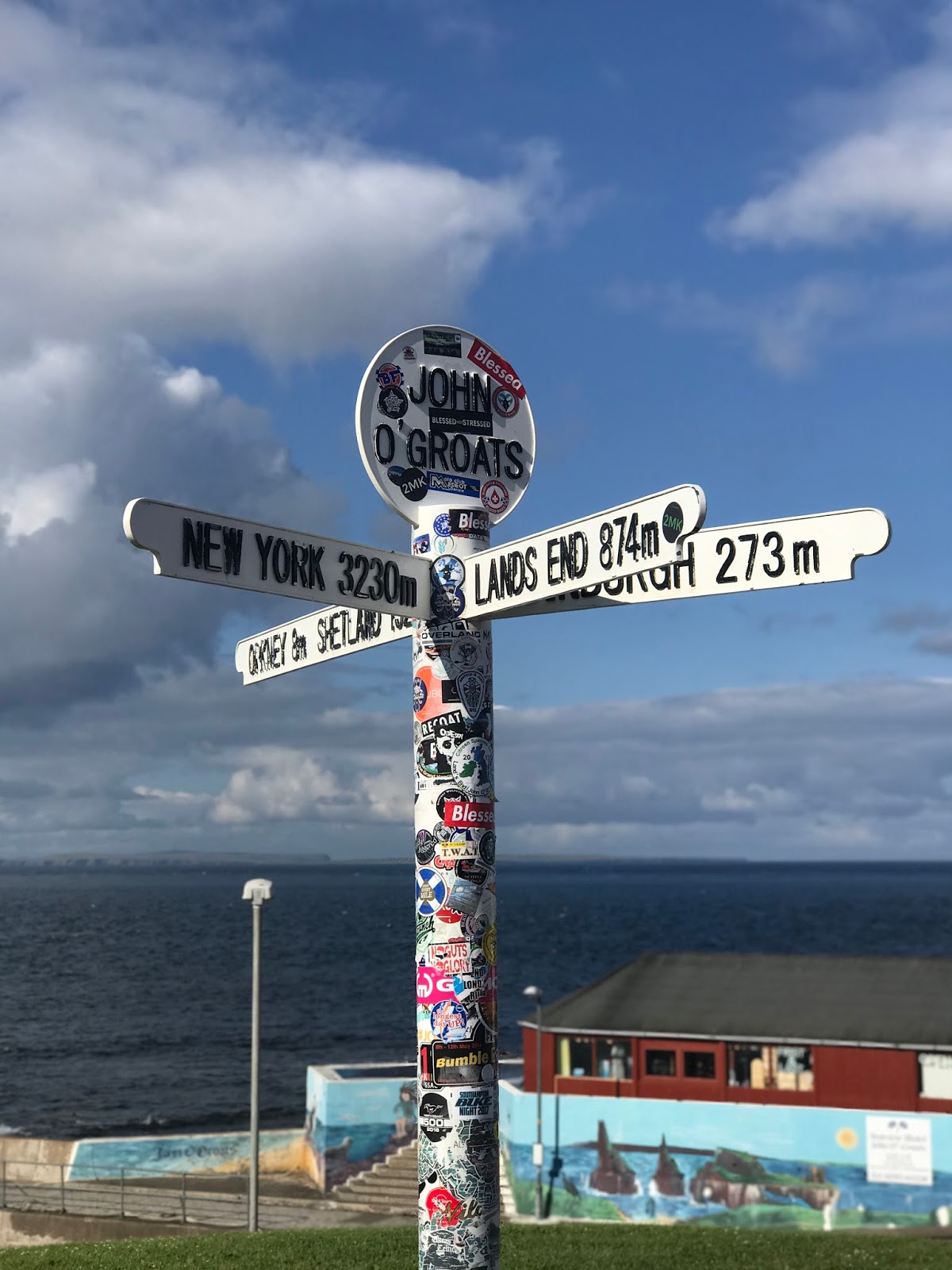 Next up was a late lunch and we stopped off in a small town called Kylesku, another place I would strongly recommending on visiting.  Kylesku is the definition of a British seaside town with small shops, cobbled streets and a huge supply of freshly caught fish.

We pitched up at the Kylesku Hotel in the centre of the town, a huge wooden structure that looks out over the beautiful lake and wilderness.  The food is of a very high standard, with lots of fresh fish dishes on offer alongside some Scottish classics and all in all, good value.

The menu itself changes daily and highlights were the squid, stuffed with an olive tapenade and the sticky toffee pudding, an absolute triumph!  It’s the perfect spot to stop off, recuperate after the drive and take in the beautiful surroundings of the Scottish countryside. 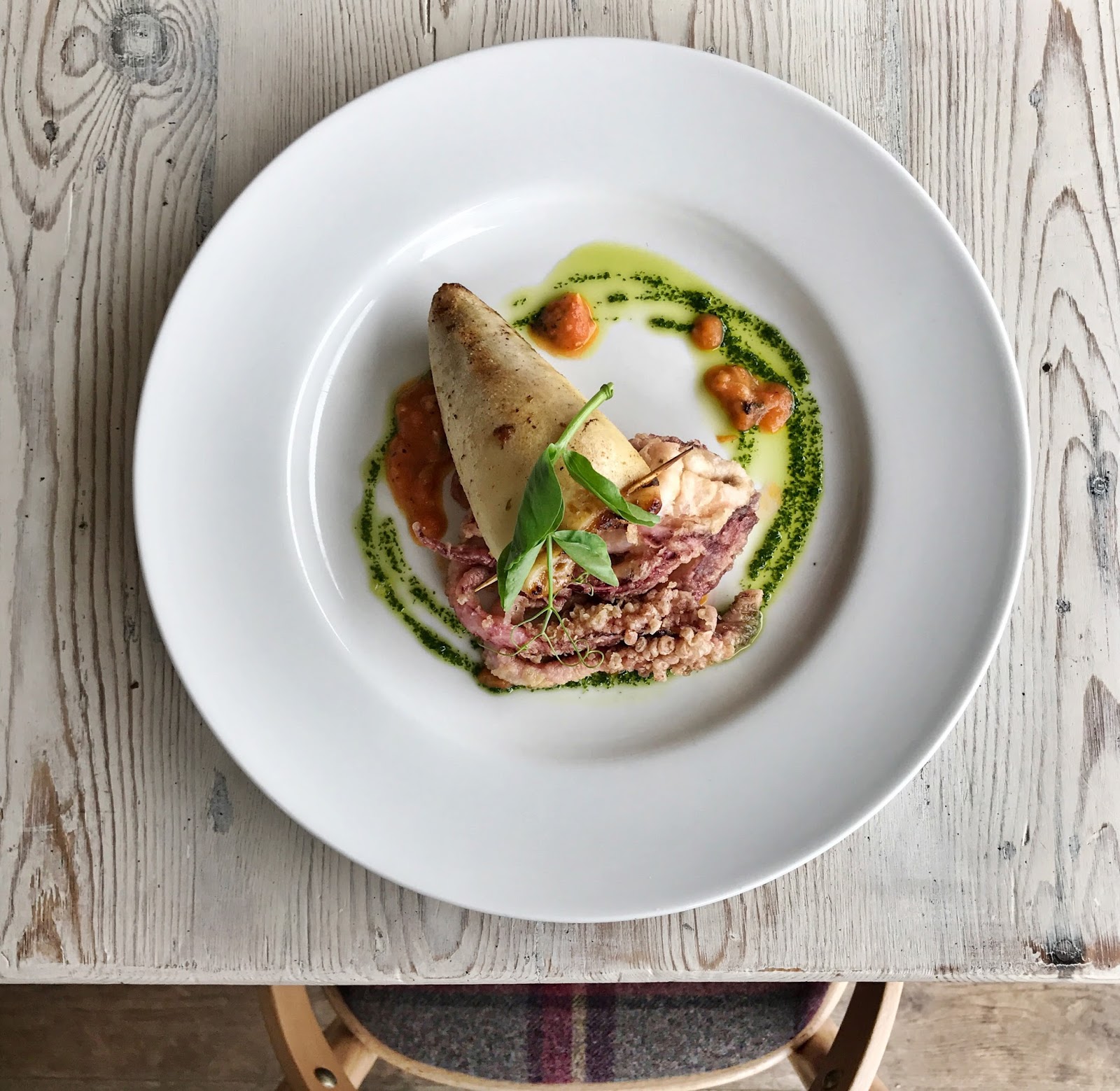 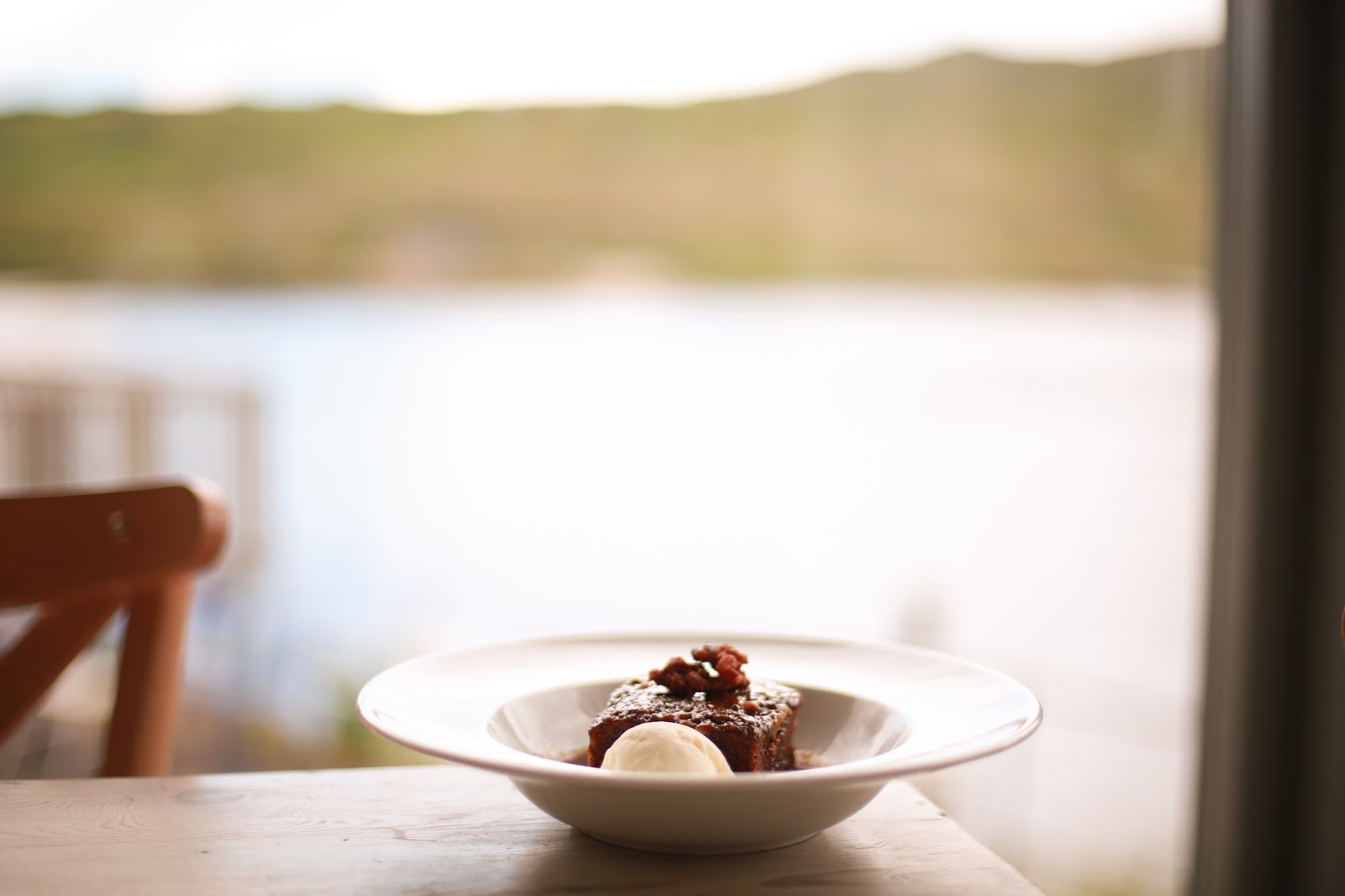 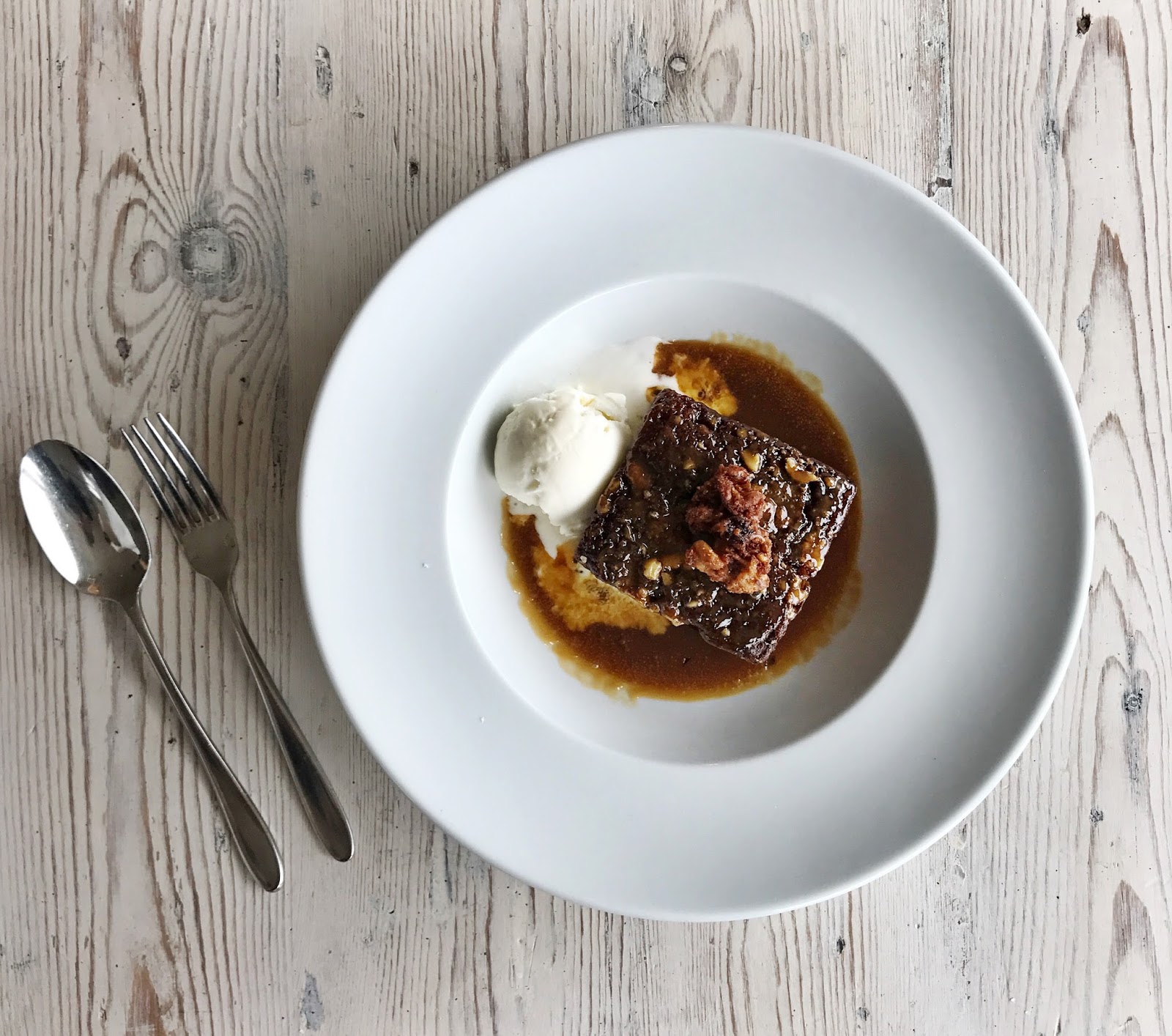 After an epic feed it was time to get back on the road and drive the near 100 miles to our final destination of the day.  Just driving on the open roads that carve through the mountains and rugged landscape, it’s easy to get lost in ones thoughts.

Every 30 minutes or so you may come across a group of sheep or wild deer, but aside from the wildlife you are likely to be completely alone, which as you can imagine is very peaceful and a welcome change from the hustle and bustle of London.

As we neared our destination for the night the sky shifted from pinks to oranges and finally to a deep red, at which point we had to pull over and get some photos and enjoy the moment.  I’ve never experienced a sunset quite like it and even when the sun has dropped it seems to hang for hours after, with the sky still semi-light at 11pm that evening. 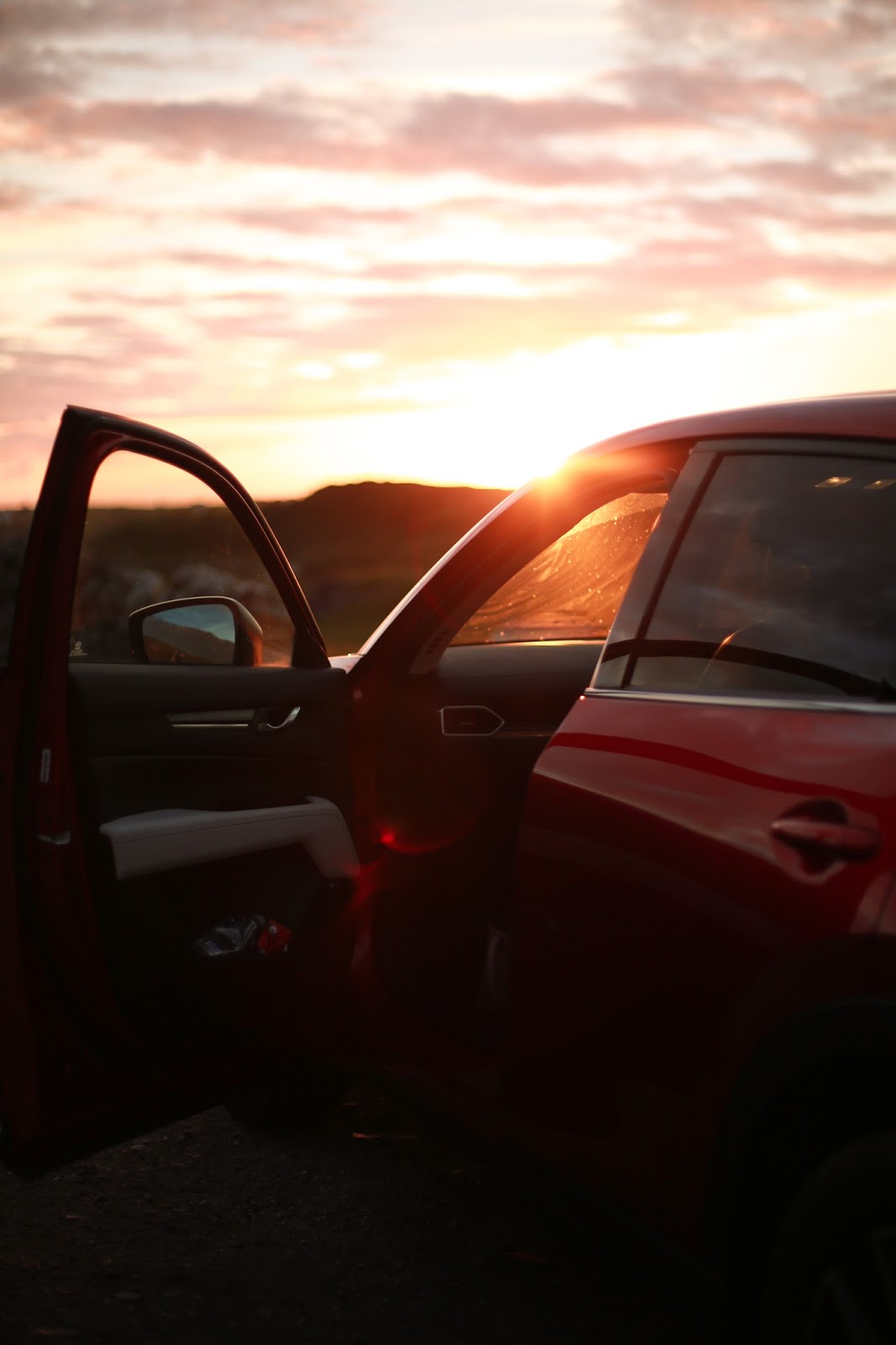 Driving with this one made the journey that much more special and without mobiles to distract us it was nice to just enjoy being in the moment and in one other’s company.

The combination of waterfalls in the background and the subtle noise of the wind blowing across the moors, made for a really special evening. 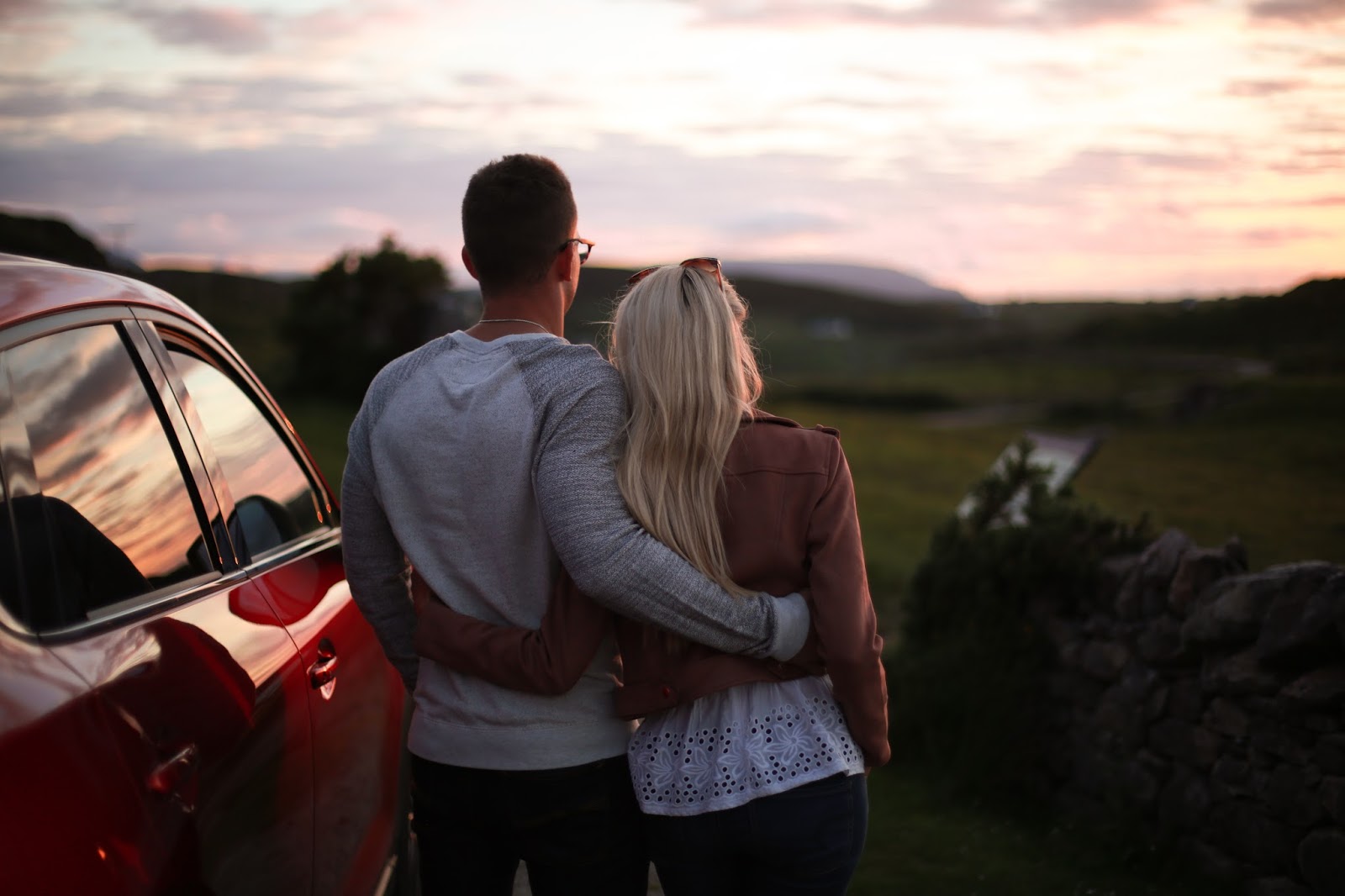 Day 2 started with one serious lie in!  Josie and I both tend to wake up pretty early on a regular working day, but a combination of being exhausted (driving is strangely tiring!) and the lack of any road noise (or any noise in fact) made for one of the best night’s sleep we’ve probably ever had!

We stayed at the Loch Assynt bed and breakfast, a secluded old farmhouse on the top of a hill, with views all over the north-eastern Scottish countryside.  The house itself is quite special, with high ceilings, old oak furniture and a very homely feel about the place.  If you are looking for a real hideaway to escape to, this is it, with the nearest town, village or even house over 5 miles away. 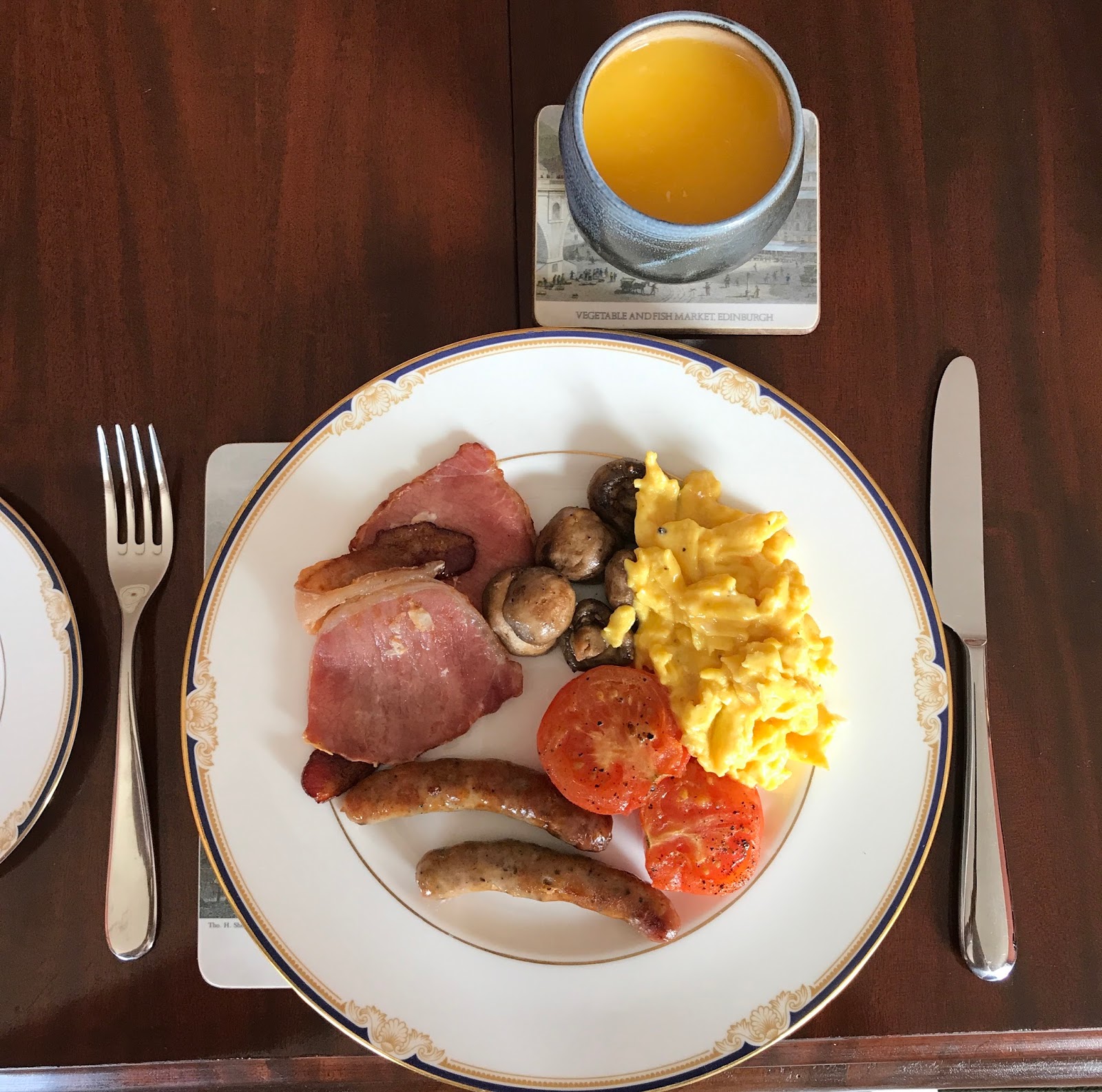 As many of you may know, breakfast is my undoubtedly my favourite meal of the day and a hungry Charlie in the morning is never a pretty sight! After this epic ‘Highland Breakfast’ we got back on the road, with over 100 miles to cover and much still to explore.

We chucked our luggage in the very spacious boot (anyone who knows Josie will know we didn’t travel ‘light’!) and then it was on to the next destination.  One feature worth highlighting is the powered ‘boot lid’ – a handy button that powers the hydraulic boot and making life ten times easier when it comes to packing and unpacking the car. 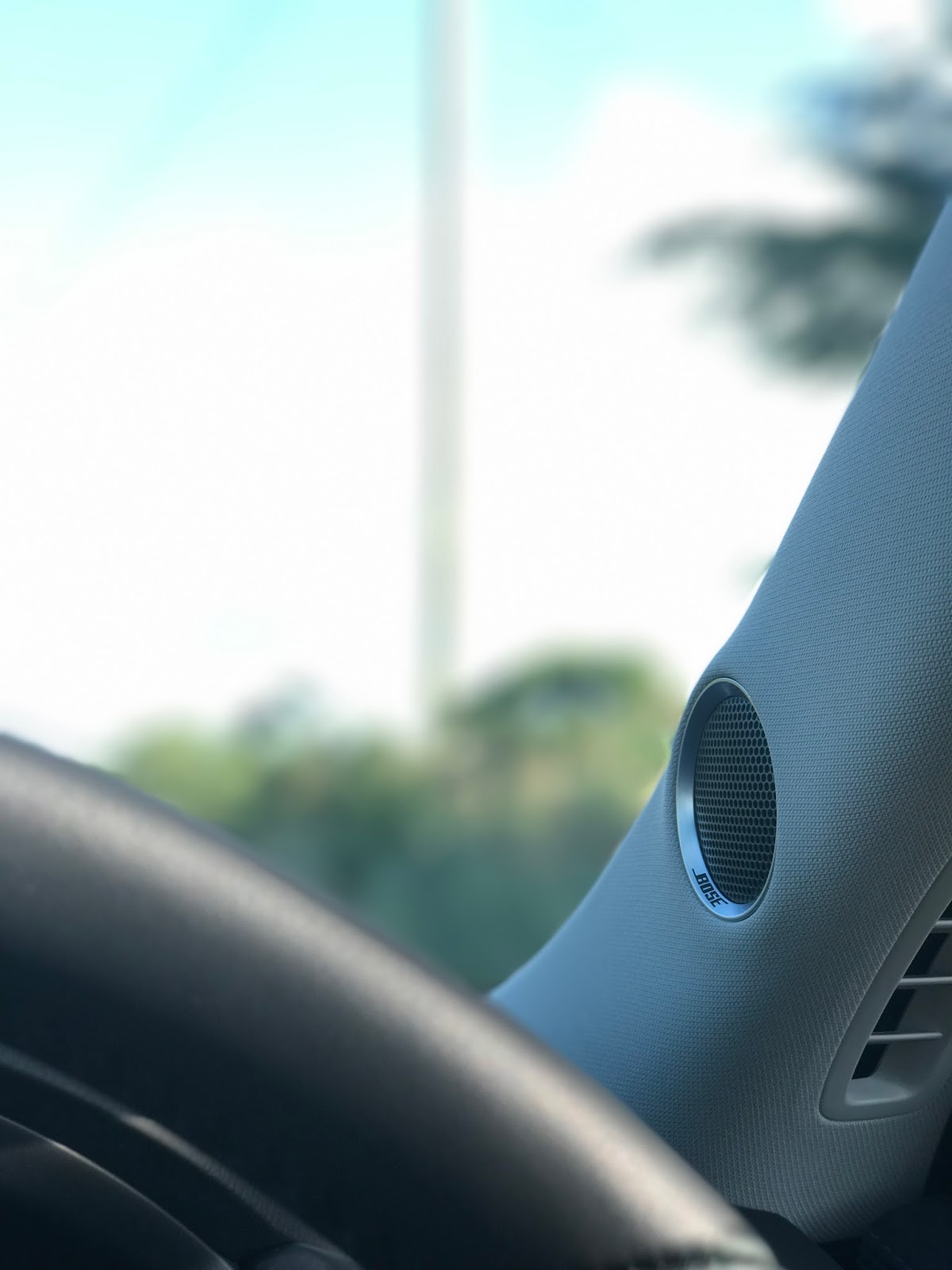 With DJ Josie on the decks and a Spotify playlist throwing it back to the early 90s, the drive passed quickly.  The CX5 has an amazing sounds system designed by the sound-gurus over at Bose that incorporates 10 individual speakers with impressive sound quality.

With Akon blasting out, we set our sights on the beaches and specifically Achmelvich, which we had been told was quite something. 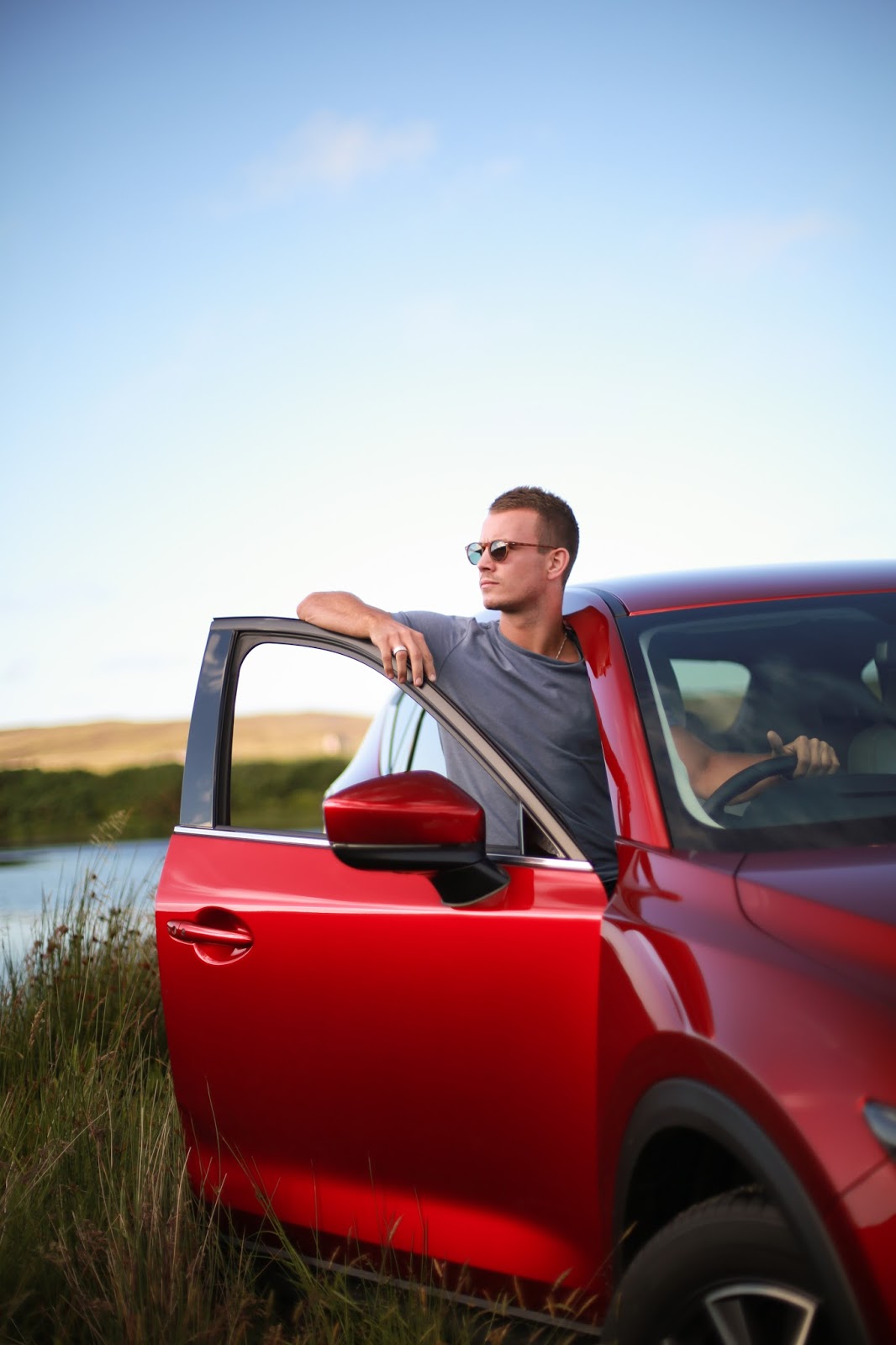 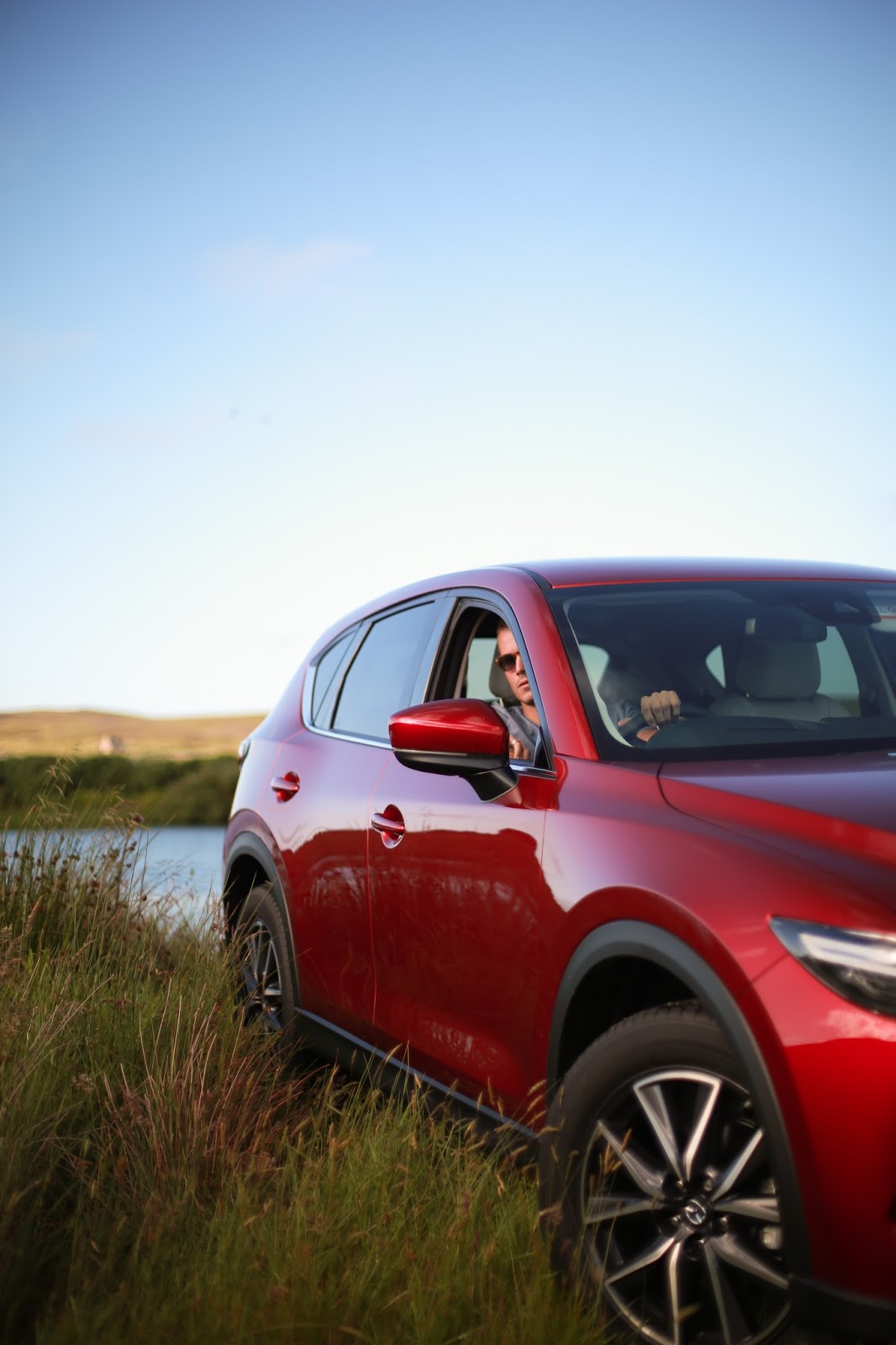 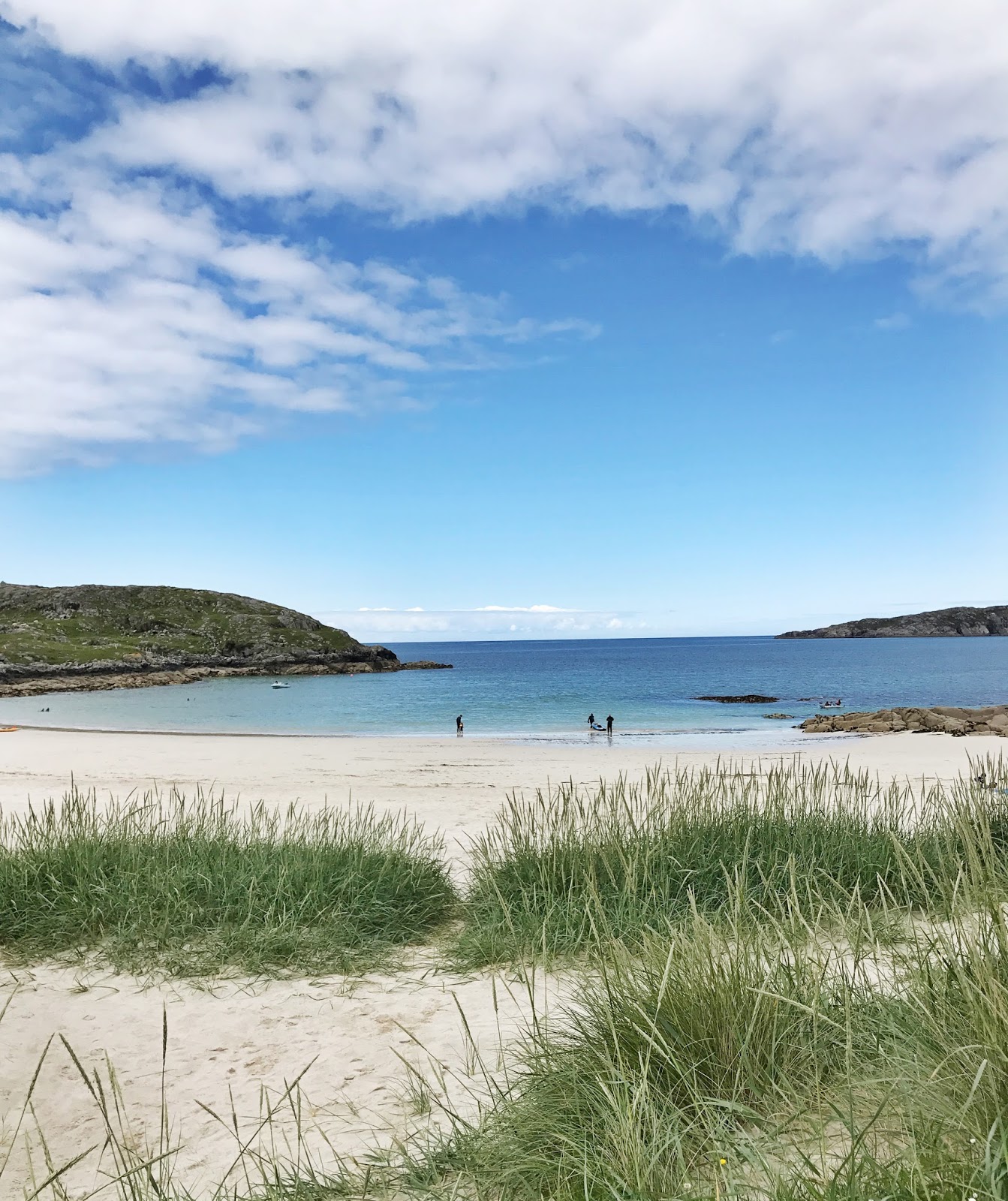 Arriving at Achmelvich it was immediately apparent as to why so many people speak so highly of this beach.  With it’s sandy beaches and crystal blue waters, it could easily be mistaken for somewhere in the Caribbean or the Maldives! 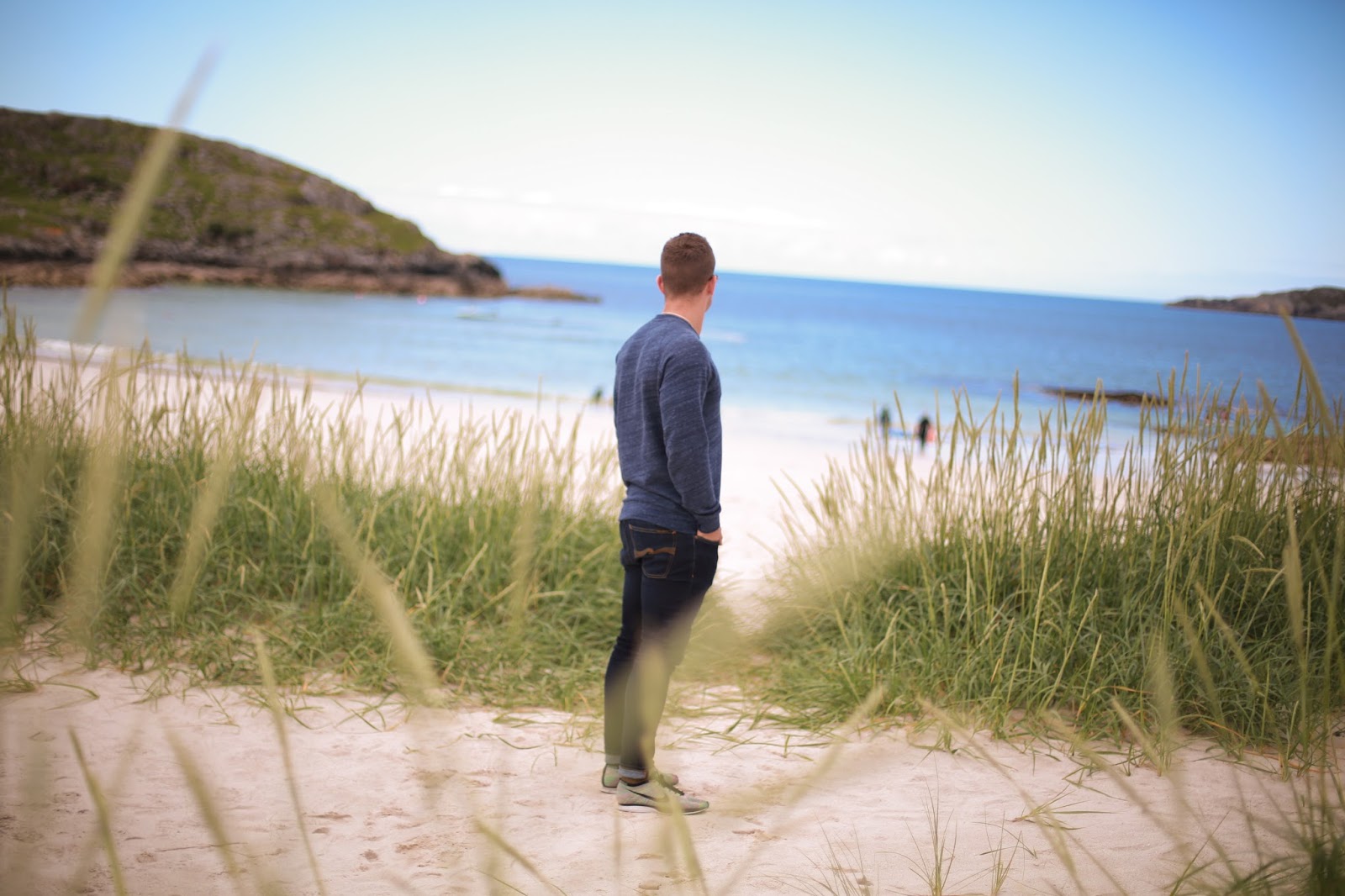 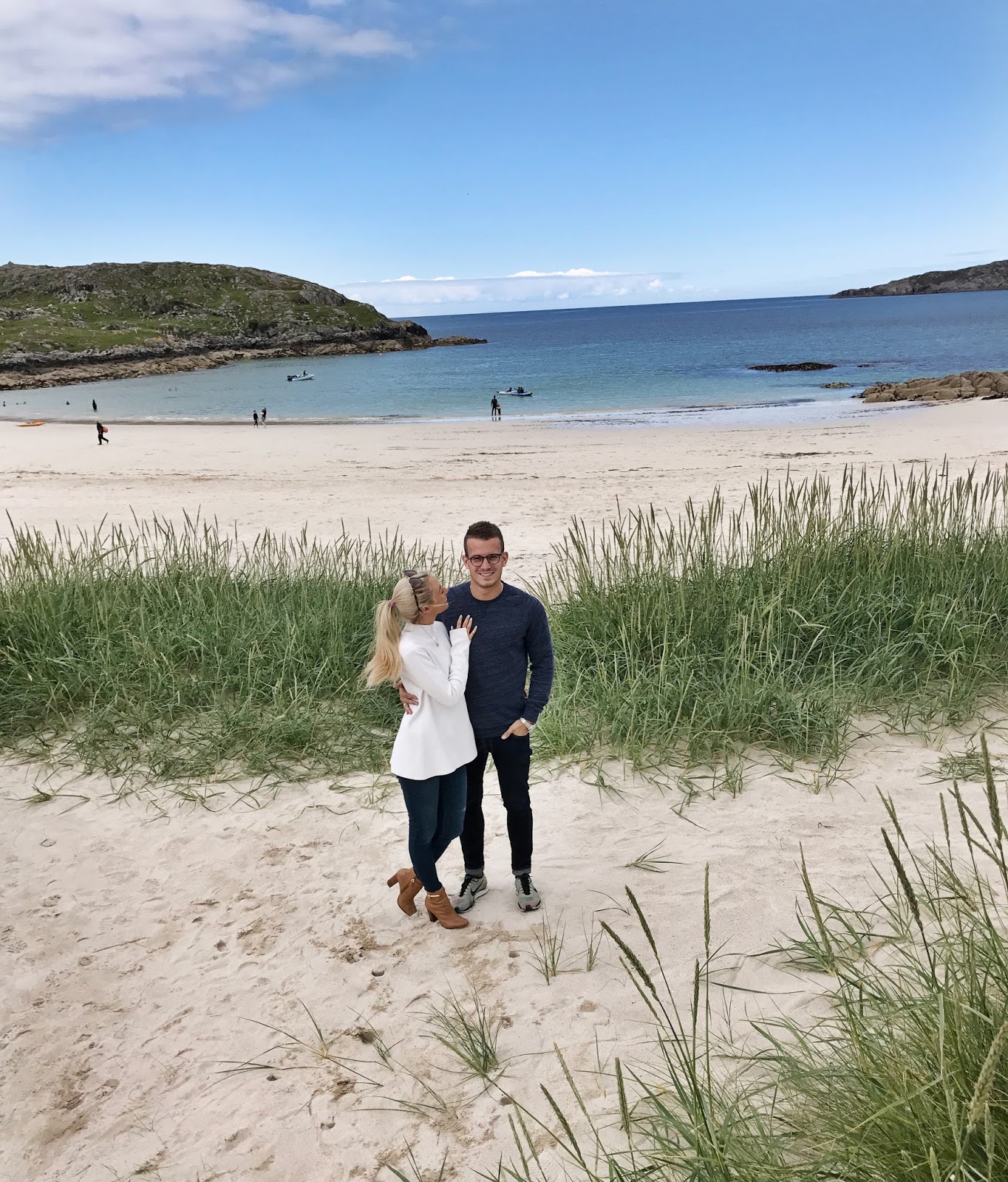 Next up it was time to take the car for a spin around the straighter roads in the Lochinver area.  With so few cars (or people) around, we took the opportunity to get the Drone (Dexter mark 2!) up in the air and capture some amazing footage from above.  You can check things out here. 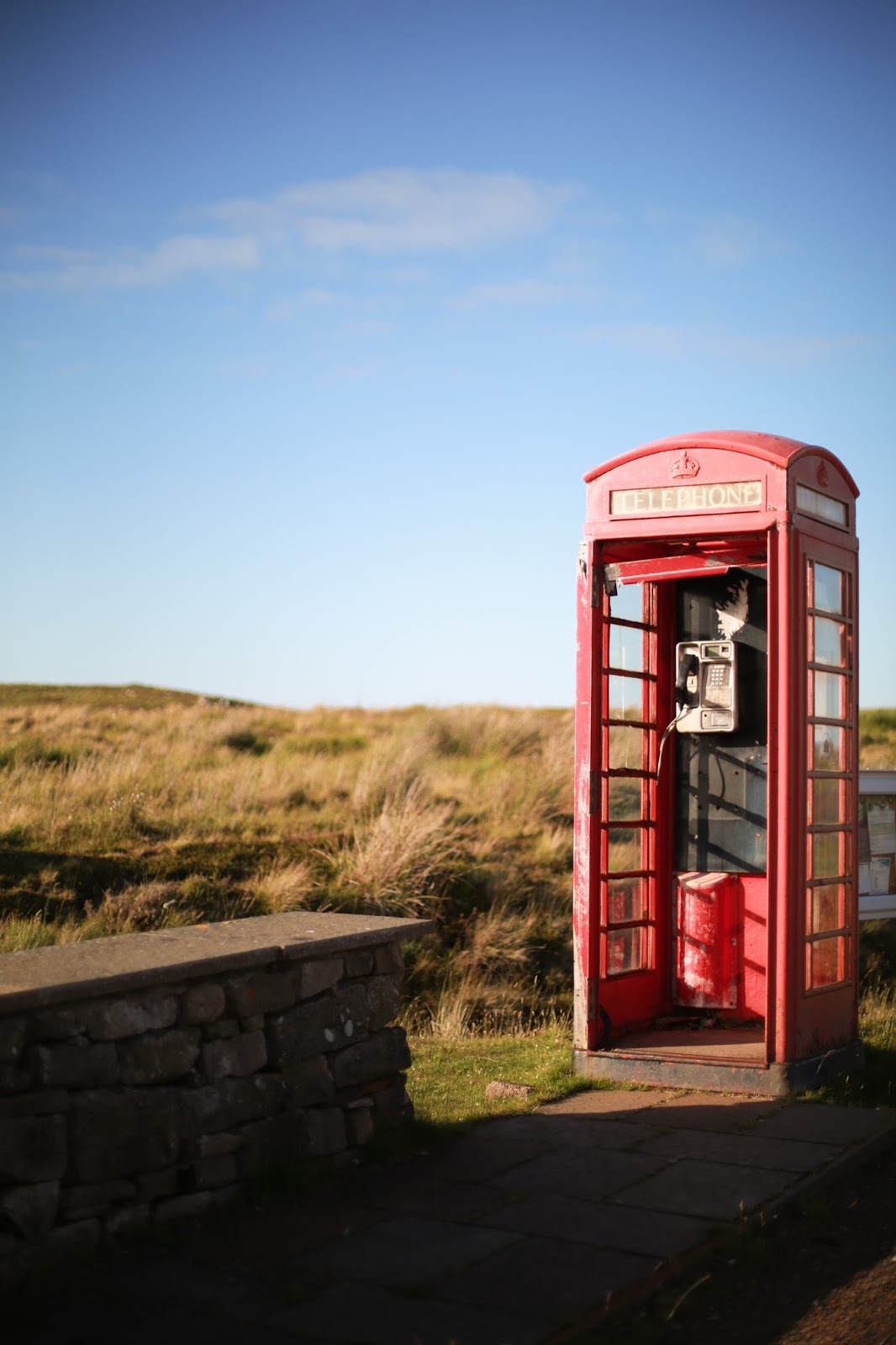 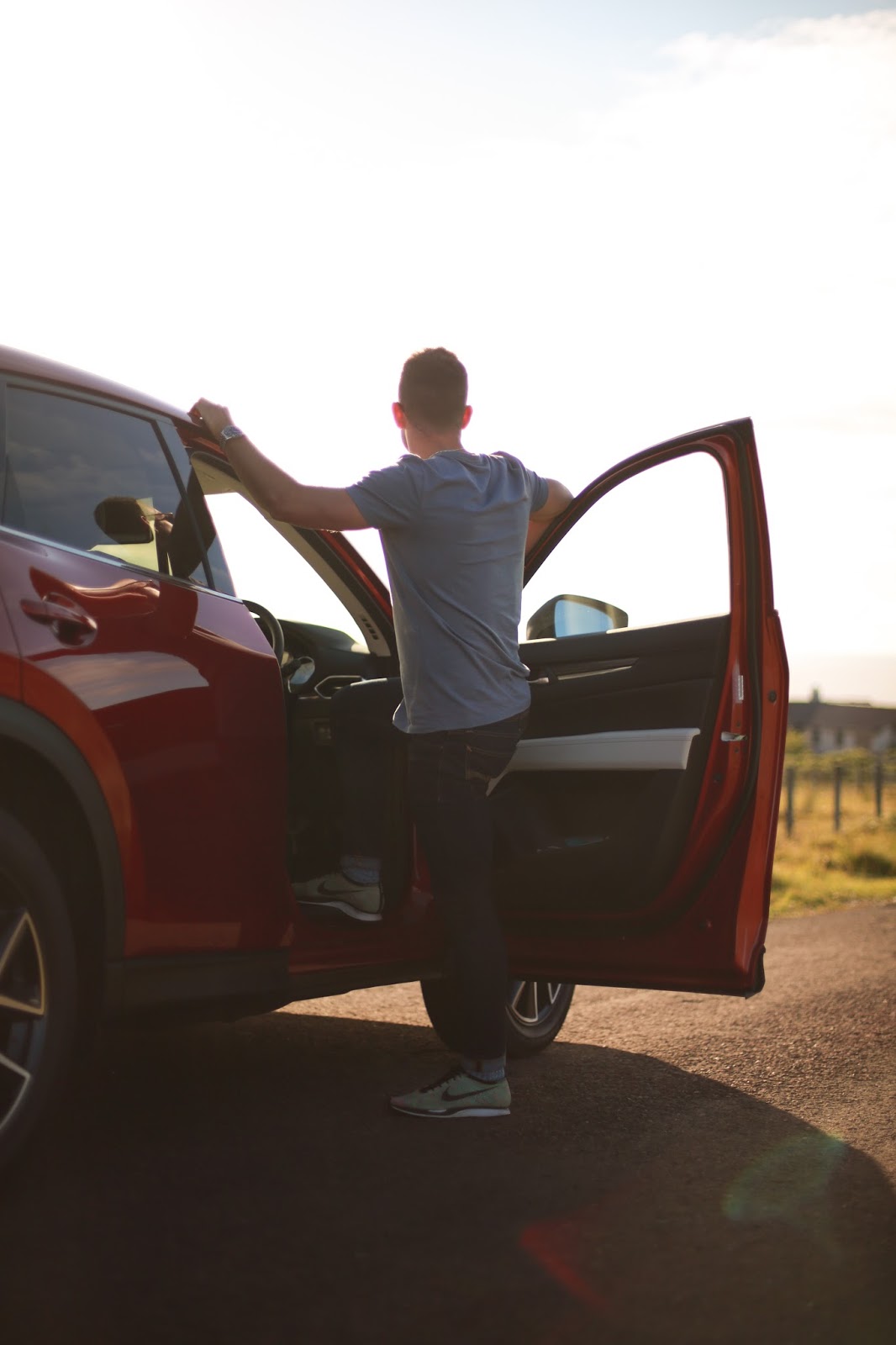 I can safely say that the CX5 is certainly one of the most photogenic cars I have come across, with a ‘shark-like’ front and slim headlights, it really stood out amongst the Scottish landscape and the stunning lighting in the region. 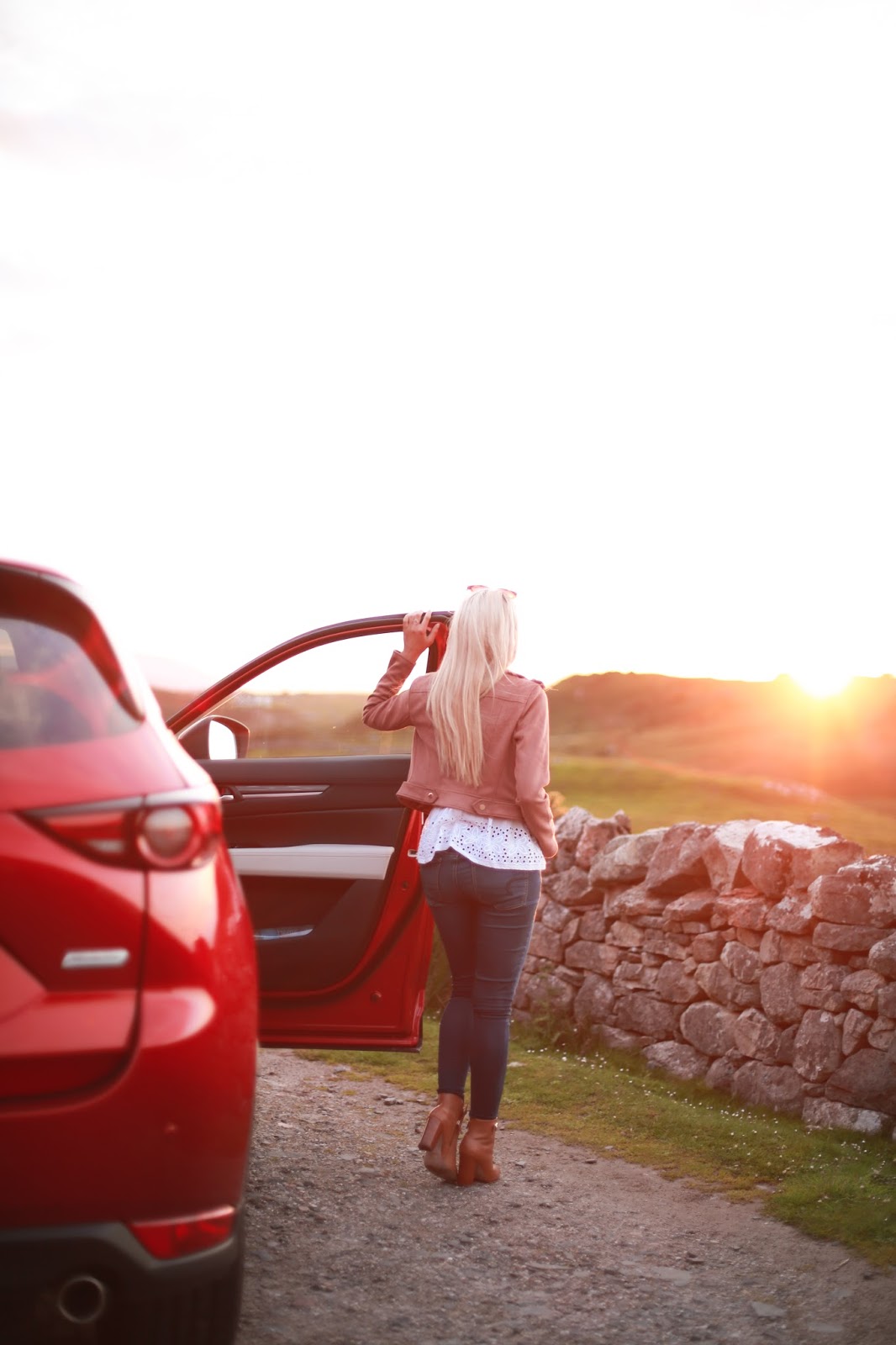 After a few more hours exploring the countryside and it was time to head on back to Inverness on the final ‘loop’ of the route.  Despite all the driving on this trip it never felt excessive and I would strongly recommend as the best way to fit as much exploring in as possible. 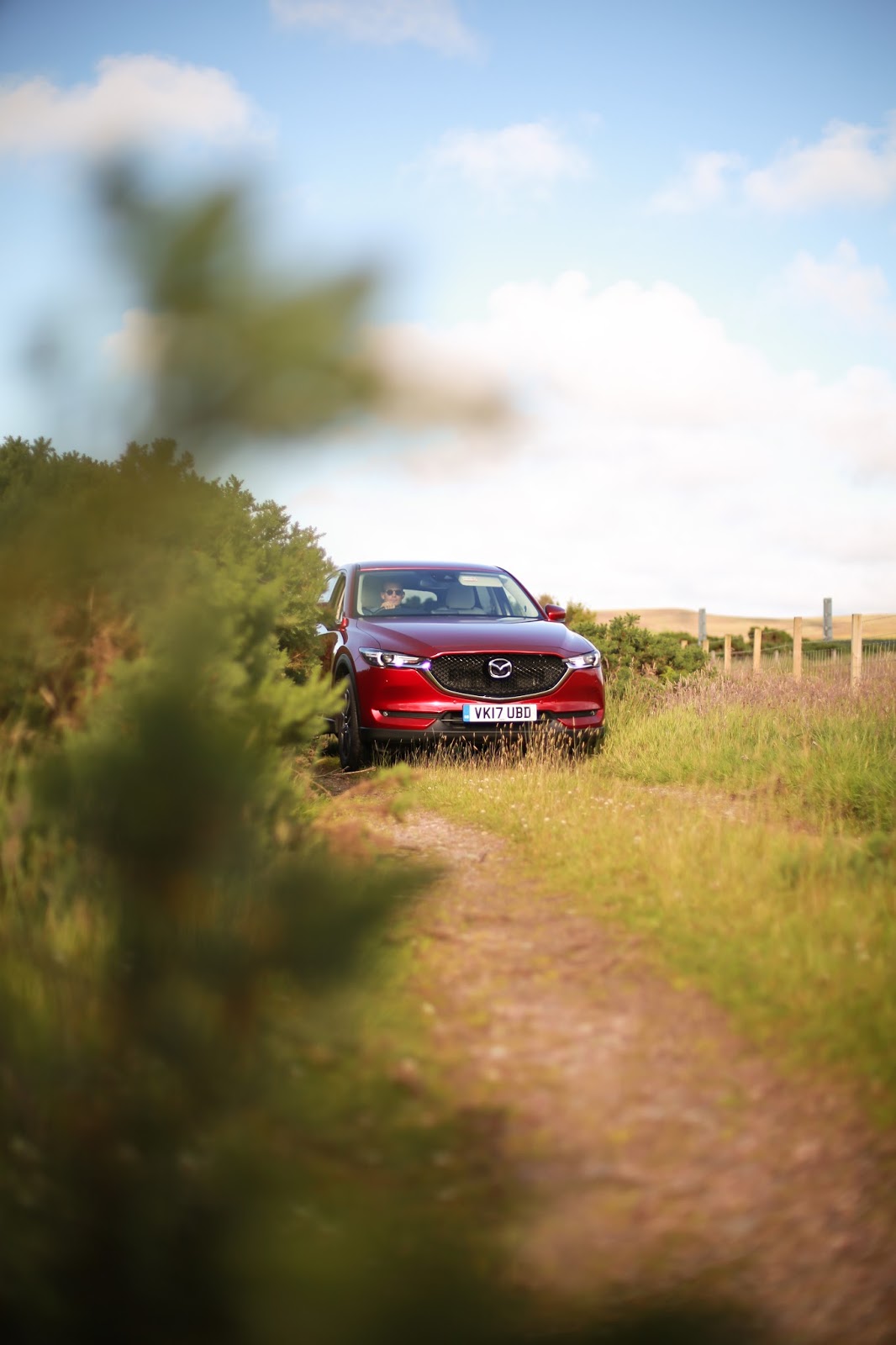 We returned from the trip feeling the most relaxed we’ve felt in a long time – there’s something about the open road and driving together that is very soothing for the soul and refreshing for the mind.

The lack of phone signal in deepest Scotland made ‘switching off’ that much easier and whether it’s taking a few days to escape London or even just a day without your phone, there’s a alot to be said for a ‘digital detox’.

For more on our adventure and the places we visited, head over to Josie’s YouTube channel and check out our Vlog.

What are your favourite places to escape to?

To learn more about the Mazda CX5, it’s specifications and any offers, head here.

*This blog post was written in collaboration with Mazda, however all views and opinions shared are my own.