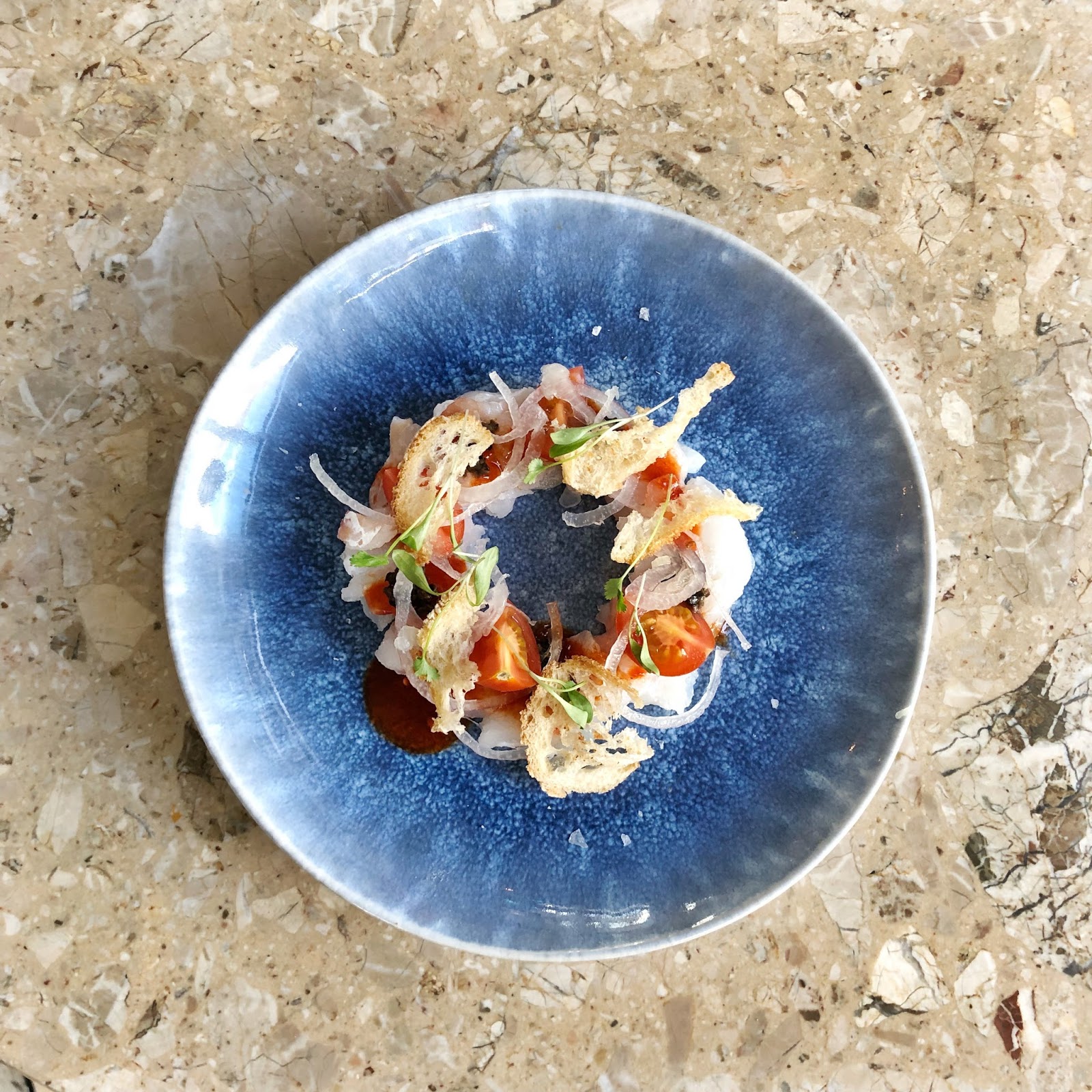 A few weeks back I was ‘stood up’ for a lunch meeting and so had an hour to kill and a serious hunger to satisfy!  Walking around Soho I stumbled across this little gem of a Spanish gaff and was immediately drawn in with the eclectic menu of authentic Catalan cuisine with a twist.

Rambla is a fairly new addition to the food scene in Soho, having opened in September of last year, with a focus on authentic Catalan dishes from the heart of Barcelona.

Having previously been the site for a fashion store, Rambla has giant glass windows that allow for an enormous amount of natural light – a massive plus for any aspiring food Instagrammers out there!

The menu is fairly concise (always a good sign) and is well priced with dishes ranging from £5 – £9.00.  I’d recommend ordering three dishes per person to share, simply because there’s so many damn tasty options to choose from and no one wants food envy! 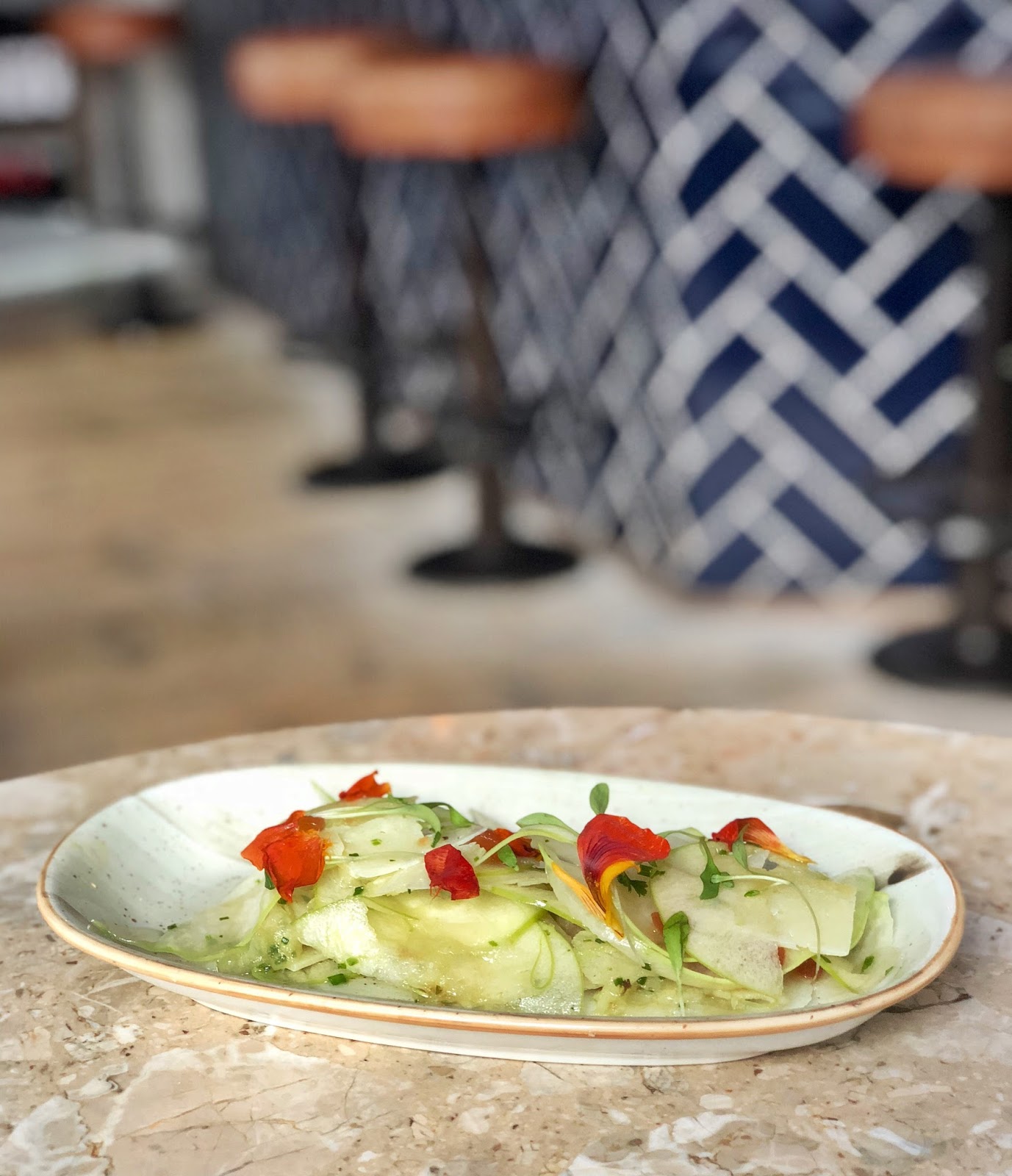 The Kohlrabi and green apple salad was straightforward, but the perfect fresh side dish to compliment the fish dishes.  The quince jam was also rather special! 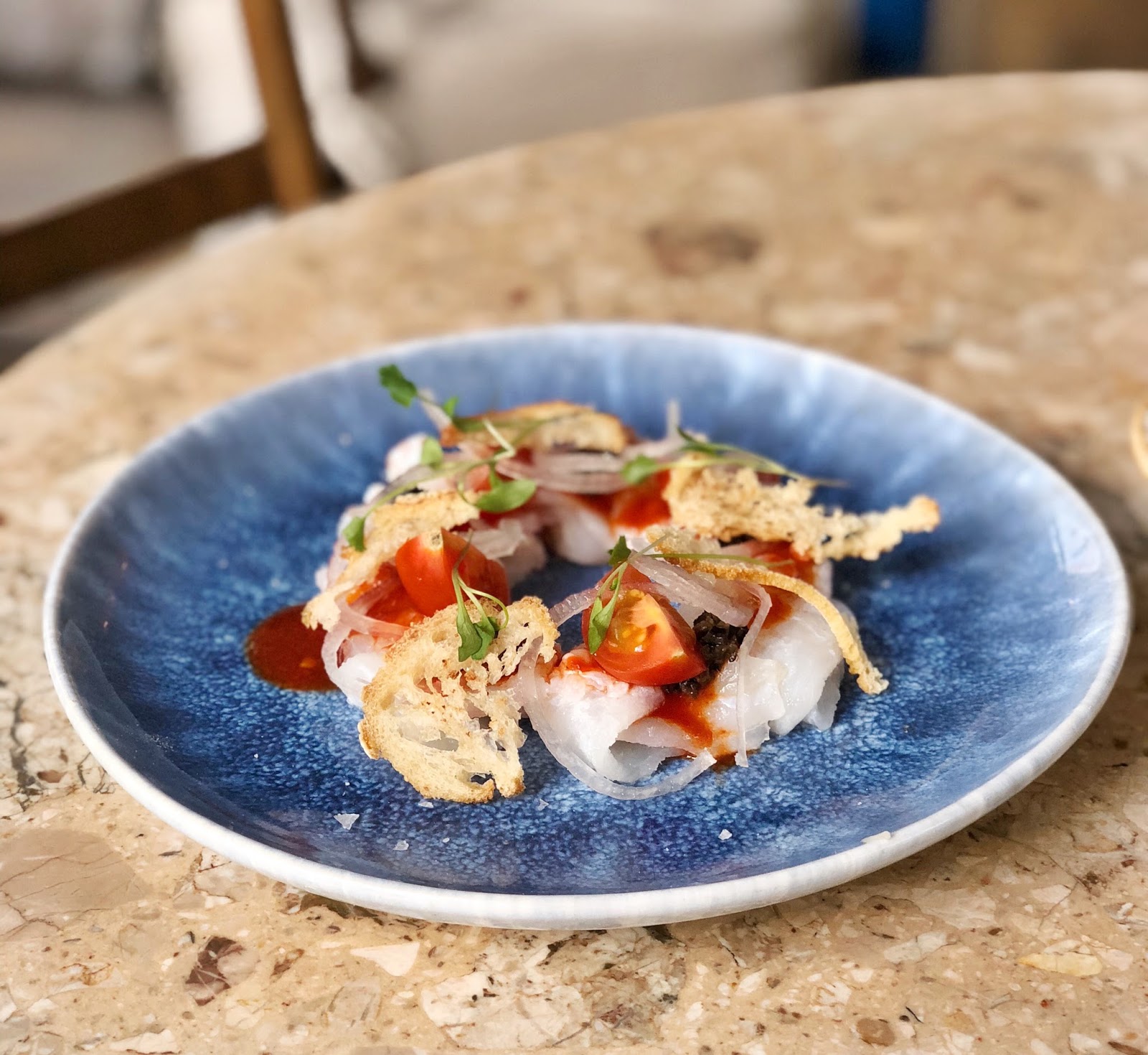 I’m a huge fan of sashimi and this cured raw cod with tomato, black olive, red pepper and crisp sourdough slivers was seriously good.  Melt in the mouth fish with some much needed texture and crunch of the sourdough crisps, I could have eaten 5 plates of this stuff. 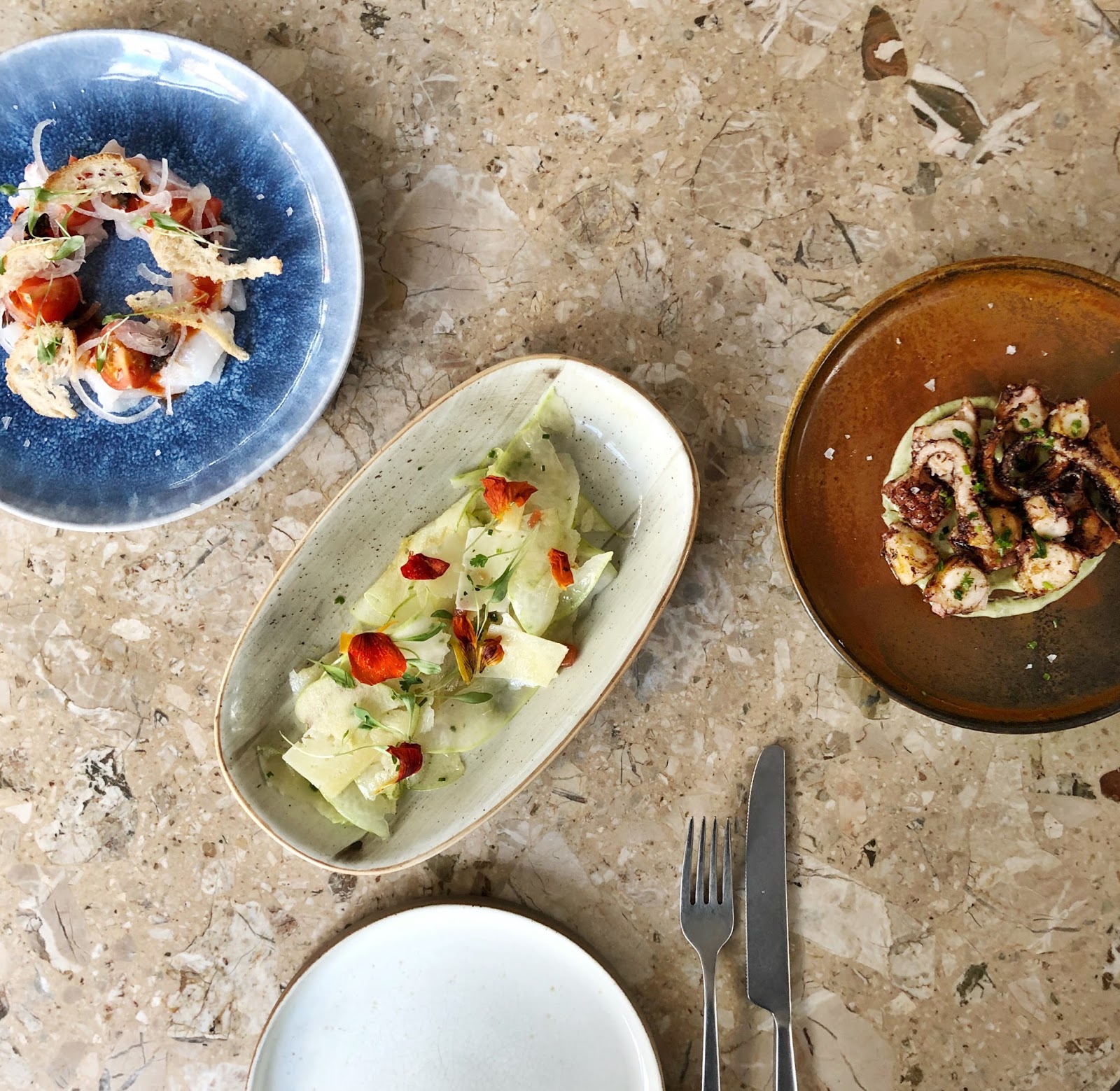 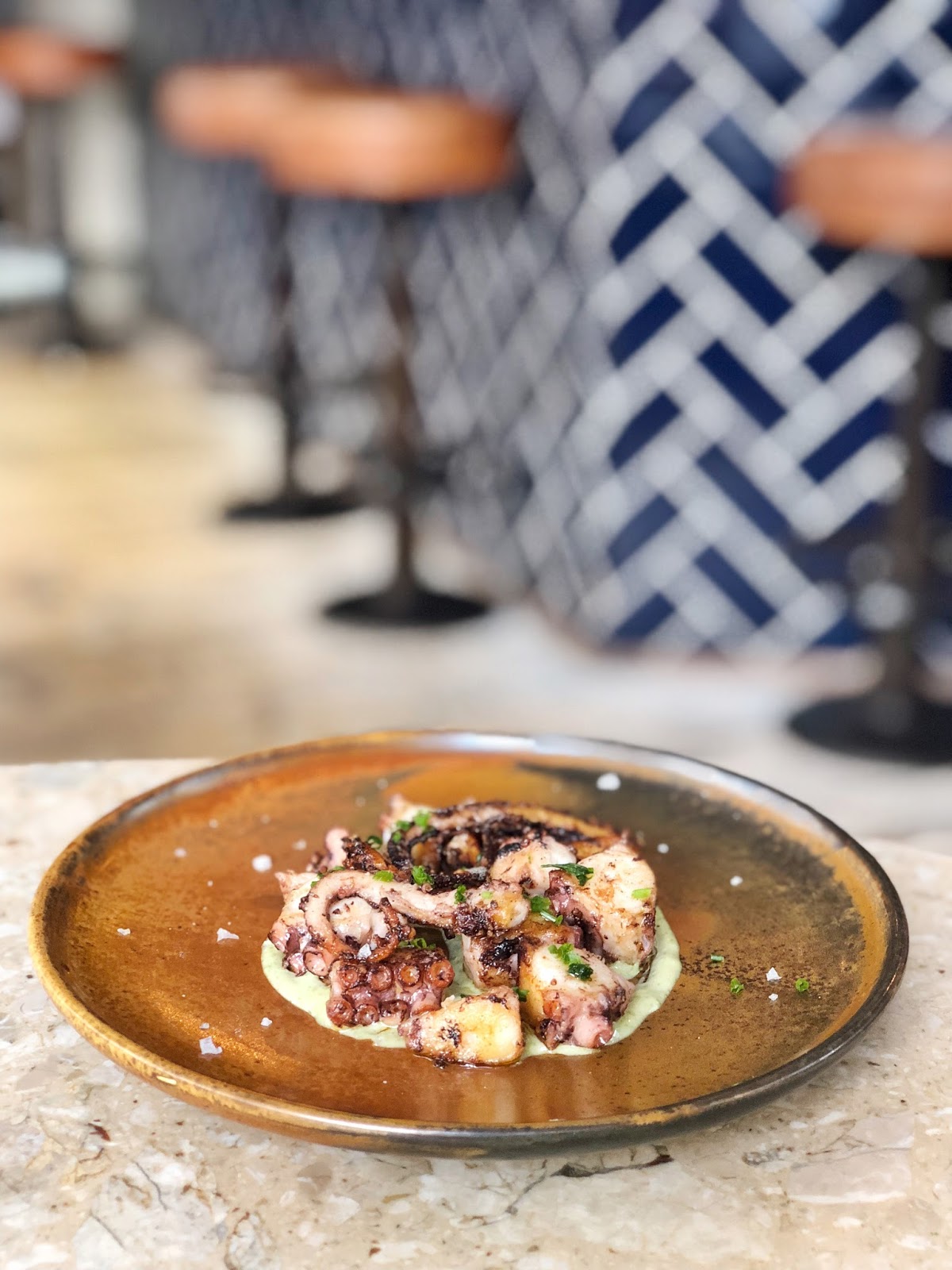 The stand out dish for me was this grilled octopus with crispy garlic and tarragon aioli, immense on so many levels.  The flavour combinations work perfectly and the octopus itself has to be some of the freshest I’ve eaten outside of the Med. 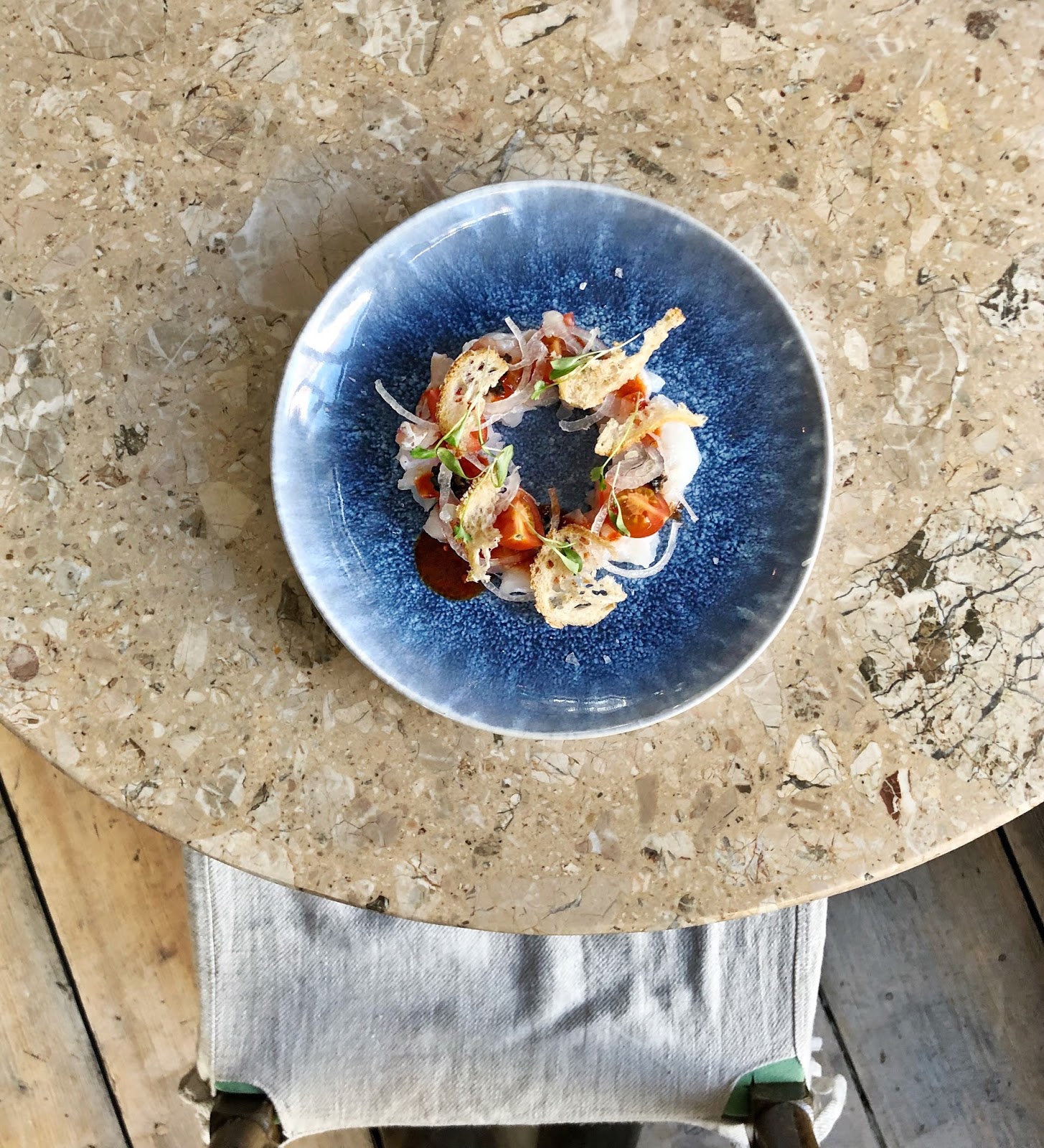 I had a meeting to rush off to so didn’t have time for dessert, but I’ll be saving that for my next visit as their cheese selection certainly sounded intriguing.

If you’re ever at a loose end and Soho is within walking distance, I strongly recommend a trip to Barcelona courtesy of Rambla, I’ll definitely be going back.

Where’s your favourite place for Spanish food in London?